There’s no doubt about it. Two years since POLITICO Europe’s launch in April 2015, the joint venture between the US parent company and German publishing giant Axel Springer is here to stay. With its cheeky New World ways, POLITICO has fast become a refreshing fixture on the Brussels media landscape. 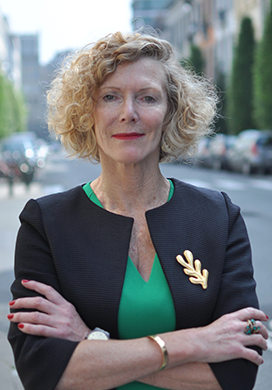 Anyone wanting to know what’s going on in Brussels reaches for Ryan Heath first thing each morning. In fact, the Australian is such a media celebrity in the European capital that one POLITICO billing of a debate inadvertently said it would be ‘moderated by Ryan’. While clearly a slip-up, the omission of the former European Commission spokesman’s surname was a telling sign of his Kylie-like status in Brussels.

In the words, on background, of one PR professional, “The standout success is without doubt Ryan Heath’s Playbook.” But could this strength prove to be a weakness? POLITICO has weathered the return of high-profile American journalist Tara Palmieri to the US and is contending with the surprise resignation of Morning Exchange’s respected lead writer, Francesco Guerrera, to take up a role in the Dow Jones Media Group. But could it take the hit of a departure by star performer Ryan to a less gruelling role at some stage? For all his dynamism and drive, even he would be hard-pressed to keep up his punishing schedule forever.

Fellow Australian Robert McLeod, who is editor-in-chief and chief executive of MLex, the authoritative source of regulatory analysis and intelligence, sees the problem. “POLITICO is still dominated by Ryan’s daily email. How much that daily email is reliant on Ryan and his network is what would keep me awake at night. He would have to be considered a flight risk and remunerated accordingly.”

Another player in the Brussels media bubble, EurActiv publisher and editor Frédéric Simon, thinks POLITICO would have life beyond Ryan. “It would be a big hit for sure. But I don’t think it would be a fatal blow. Nobody is irreplaceable.”

A communications director agrees, off the record. “They would accept the dip and grow a successor from inside their team.”

POLITICO executive editor Matthew Kaminski walks the diplomatic tightrope to be expected from any boss managing talent without wanting to overlook the rest of the team. “Ryan – to my great satisfaction – is very well known in town. People like to spend time with him over their morning coffee, and that’s great.” Asked about the risk that Ryan is being spread too thin, he said he was concerned about the wellbeing of all his staff. He has previously made the point that Ryan is but one member of the team, albeit an important one.

Speaking in mid-April ahead of a holiday in Vietnam, Kaminski is upbeat about POLITICO’s future but far from complacent. “We can’t afford to get blasé because the media world is so competitive. We could get eaten and I’d rather eat than be eaten. We should be the best.”

Editorial staff numbers now top 60, with the Brussels hub supported by bureaux in Frankfurt, London and Paris plus a journalist working out of Sydney. Kaminski sees technology and trade as the two areas with the biggest potential for growth, spurred by the advent of Brexit and Trump. He will also enhance the German language service ahead of the elections in Europe’s economic powerhouse, although he has no plans for a French venture. “We’re still in expansion mode. I think that at POLITICO we have a good future ahead of us.”

The PR professional, speaking on background, agrees it is making progress. “POLITICO is certainly maturing and with it the contrast between the good and the less good areas of its coverage are coming into sharper contrast.” He observes however that the main website has not evolved into a pan-European media outlet. “It has not become my ‘go-to’ source for European news, which is a real pity. Meanwhile, the sectoral coverage fails to connect with the real world and remains way too focused on the technocratic activities inside the Brussels beltway.”

Raymond Frenken, a former journalist who heads communications at the European Banking Federation, recognises POLITICO’s achievements. “They have done the obvious and sensible thing to do in the EU media landscape: timely and intelligent quality journalism for an international audience. Often brash, sometimes over the edge, but always present. We as Europeans never managed to create a medium like this because our filter is primarily national. The American media see a single market for news in Europe that European media refuse to acknowledge. When a European tries this approach the first question he or she gets from the European Commission’s accreditation office is ‘Which country are you from?’.”

In the view of MLex co-founder McLeod, POLITICO is no threat to specialist outlets. “The publication’s competitive impact has been felt hardest on the general political and regulatory news services which are all now also pushing out daily summary emails and publishing lists of important people. I’m expecting the list of the ‘40 people who haven’t appeared on any other list’, list any day now.”

Simon at EurActiv, which has responded to Playbook with afternoon newsletter ‘The Brief’, also touches on commercial reality. “Playbook is now established as a must-read in the Brussels bubble, which is a major achievement. But my impression is that they are still struggling to get enough subscribers to their paid, policy-specific newsletters. Most people I speak to tell me they’re too expensive and although the content is interesting, a lot of people don’t see it as compelling enough for them to make the step and pay the subscription. Their events seem to suffer from the same price problem: I hear many people saying they’re good but too expensive for the kind of budgets that are available around Brussels.”

Kaminski contests any view that POLITICO’s events, while slick, are pricey at around 50,000 euros a pop. “I see our events as an extension of our journalism. We believe that the people who come to our events should learn something. We offer value, as there’s a lot of appetite for that.” ‘

On the burning question of when POLITICO will have to stop digging into the deep pockets of its owners and start making money Kaminski suggests this is a balancing act. “Both Axel Springer and POLITICO in the US want to create something that’s not founded on weak ambition. We’re not a charity. They are looking to us to make a profit at some stage but at the same time they don’t want us to starve the business.” In other words, POLITICO can stave off commercial reality for a while. But not indefinitely.