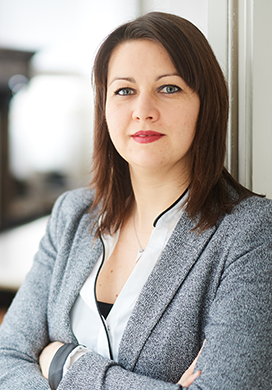 Second wave guidance: The Commission has published new guidance on how the EU can prevent a second wave of Covid-19 cases. The guidance addresses issues like contact tracing, how to contain localised outbreaks, and how to handle the upcoming flu season. It also urges caution to Member States, calling on them to stockpile PPE and boost testing capacities.

Stronger EU health agencies: The Commission will propose making the European Centre for Disease Prevention and Control and the European Medicines Agency stronger in order to improve coordination capacities and increase their mandates to response to health crises.

State Aid:Since this newsletter was published last, the Commission approved a number of Member State state-aid applications under the temporary framework for state aid. Below is an overview, and here are all the details.

Stronger health cooperation: The Parliament has adopted a resolution that calls for a European Health Union. MEPs note that the Covid-19 crisis has underlined the need for far stronger cooperation in the area of health. The resolution calls for common minimum standards of quality in healthcare which would be based on stress tests to find weaknesses and verifying readiness to combat a Covid-19 resurgence.

Stronger drug supply chains: The Parliament’s ENVI Committee has voted to approve its non-binding own initiative report on medicine shortages. The report aims to push the Commission to propose legislation to bolster the EU’s supply of medicines and facilitate the “reshoring” of strategic drug manufacturing from abroad.

Swift vaccine development: The Parliament and Council have agreed on temporary derogations that aim to speed up the development and deployment of a Covid-19 vaccine. The regulation provides a temporary derogation for clinical trials for vaccines before the environmental risk assessment that is usually required for those that use GMOs.

Not so open borders: Diplomats have agreed to take Serbia and Montenegro off the list of non-Schengen countries whose residents can travel to the EU. No new countries will be added to the list, meaning that the US is still excluded.

Presidency priorities: The Trio Presidency of Germany (currently), Portugal, and then Slovenia have announced a strong focus on combatting Covid-19 and managing the EU’s response, along with the multiannual financial framework, and future UK relations.

Cautious Belgium: Belgium has announced a traffic light system that shows which countries Belgian residents are allowed to travel to and what restrictions are in place. Belgium has also decided against following the EU’s guidelines for travel from outside Europe and has since made masks mandatory in most indoor public locations.

French face masks: French President Emmanuel Macron has announced that he would like to see masks made mandatory in all closed public spaces. The remarks, in a televised interview on Bastille Day, also mentioned that France would be among the first to get Covid-19 vaccines from Sanofi (explained below).

Spain (partially) in lockdown: The Catalan regional government has introduced new restrictions in specific areas of Catalonia, including the Segrià municipality and six areas in Lleida on 15 July. The new lockdown measures include limits on movement and restricted capacity in public venues. The restrictions come in to place one day after a judge in Lleida rejected the government’s order to confine area residents to their homes. The judge argued that only the central government had the power to implement such restrictive measures. The new lockdown will be in place for 15 days initially.

Greenlight for KLM: The Commission has approved the Netherlands’ plan to bail out its national carrier KLM. The Dutch government will provide €2.4 billion in state guaranteed loans and a €1 billion direct loan from the government payable after five years. KLM has committed to a 15% reduction in costs, banning bonuses and dividends for the duration of the loan, a reduction of night flights, and a commitment to being more fuel efficient.

UK trade woes: The total decrease in imports and exports from March to May were the largest since the UK government began tracking 20 years ago. The service sector was understandably the hardest hit, exports falling 34.6% – £28.7 billion and imports by 41% – £22.2 billion. The auto industry was also hard hit; imports fell by 29.8% – £10.1 billion and exports by 26% – £10.6 billion.

Promising vaccine testing: Moderna’s vaccine has been proven to produce an immune response without major side effects. The results of the early-stage clinical trial were reported this week. The company has received $500 million from the US government to develop the drug. A Phase III clinical trial will begin 27 July to determine if the vaccine can prevent infection and will eventually enrol 30,000 people.

Less promising vaccine manufacturing: POLITICO has broken down some of the biggest issues in the race to not only find but to manufacture a Covid-19 vaccine. Each vaccine candidate has specific manufacturing requirements, and as governments and the private sector pump million into their cures, if they don’t end up working out, that’s money down the drain. And if they do work the companies have to have manufacturing centres already set up, which is difficult with new vaccines. After those issues are solved, the next concern is how to distribute the vaccine – who gets what, and how it gets there. Vaccines have to be kept at specific temperatures, which is not only energy-intensive, but many Member States don’t have the capacity to keep the vaccines at the required temp. A possible solution to these problems? Joint efforts between governments and industry. [Source: POLITICO]

CureVac loan: The European Investment Bank and German biotech company CureVac have agreed on a €75 million loan to produce an experimental Covid-19 vaccine. The deal was reported on previously but the final amount has now been finalised. The loan will help CureVac produce around a billion doses of vaccine, Phase I trials began in June.

Sanofi deal making: French pharma company Sanofi is reportedly close to a deal with the EU to provide 300 million doses of its Covid-19 vaccine that is being developed with GSK. Sanofi is in similar talks with the UK and US as well as Gavi, The Vaccine Alliance. This is a departure from Sanofi’s initial stance that the US could have gotten priority.

Remdesivir authorised: The Commission has granted conditional marketing authorisation to Gilead produced Remdesivir. The drug helps speed up recovery times for seriously ill patients. While there were concerns about the US agreeing to a deal with Gilead that would provide it with a majority of the available doses for the next few months, the company has now said that global demand for the drug can be met by October.

Vax hacks: The UK’s National Cyber Security Centre has announced that Russian hackers are targeting organisations that are working to develop Covid-19 vaccines. The hacks were reportedly carried out by a group known as APT29, also referred to as “the Dukes” or “Cozy Bear” that has been linked to Russian intelligence services. The hack hit government departments, diplomatic missions, think tanks, as well as healthcare and energy targets, in order to steal intellectual property.