Batteries, digitalisation, sustainability and circularity: if there’s one thing that this week’s energy events in Davos has shown, it’s that what’s trending in Europe is also trending worldwide. 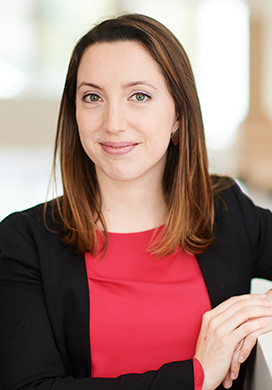 The grand transition of our energy systems is truly under way thanks to break-through innovation and real commitment from governments in their climate policy choices.

This has been a hot topic these past two years in Brussels, with the sizeable Clean Energy Package and the recent long-term emission reduction strategy until 2050. Davos’s World Economic Forum was refreshing – no pun intended – as it put our Brussels bubble into perspective: we heard from Columbia, South Africa, the US, China and more. And it clearly emerged that it’s not just in Europe – the energy system as a whole is shifting.

Which technology to win the race?

The biggest energy debate at Davos is not new: which technologies or energy sources are our best bet to get us to where we want to be.  Batteries have emerged as clear favourites this past year, helped in Europe by the launch of the EU Battery Alliance which brings together over 120 industrial and innovation actors (and counting – at Davos, BASF’s CEO Martin Brudermüller announced three new members had joined, including car manufacturer Volvo). While the conventional energy sector tried to defend the value of fossil fuels coupled with CCS, the newcomers responded with solar coupled with battery storage. But the energy source conundrum doesn’t stop there: panellists also debated what type of batteries are our best bet, between lithium-ion, solid state technology, and lead acid.

Secondly, the transition requires sectors that have never worked together to collaborate, with e.g. consumers slowly joining the game. This means it cannot happen overnight. It is not only a question of picking a path and committing to it, but also of thinking of all the different segments which will be affected by choosing this path. The concept of “just transition” was debated by panellists on Wednesday, with a clear acknowledgement of the societal challenge this poses. There was agreement that it will take so much to make an ambitious transition happen, and this can only be achieved through a coalition of companies.

Other debates which Brussels is mulling over, such as cost, life-cycle emissions, recycling (particularly for batteries in EVs) and the role of data were also focal points for #WEF19’s energy star-studded cast. To sum up with a quote by UNFCCC executive secretary Christiana Figueres, “this is a story of economic growth, of safety, which our world is building”.