The COP25 conference reached a disappointing conclusion yesterday. Despite a year marked by climate marches, grassroots campaigns, and the EU’s hallmark Green Deal publication, governments were unable to agree on market mechanisms under the Paris Agreement. 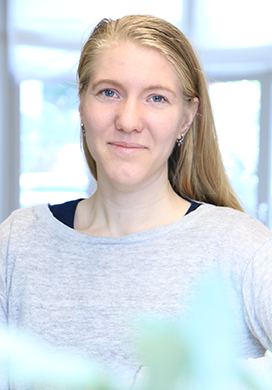 The theme “Time for action” lost credibility during the political negotiations already on Thursday afternoon. When the conference ended on Sunday, it was delayed by two days. The talks have been described as the longest in the history of COPs.

Carbon markets stick out as the only issue left to agree on for the so-called Paris rulebook which sets the technicalities for implementing the Paris Agreement. The issue was postponed until next year’s COP26 in Glasgow. With a clear lack of political will to decide on common market terms for CO2 emissions, the political momentum of the Paris conference seemed to have dried out before the Madrid meeting even began. The conference was uncommonly slow, and spirits deflated perceptibly as the second week dragged on. One experienced delegate said that the discrepancy between NGOs and negotiators had never been greater than at this COP.

In contrast, many business leaders present at the COP conference came out boldly in favour of more ambitious targets, declaring they are prepared to go further than they already are. By stepping forward where governments cannot agree, industries showed they could have a key role to play in international negotiations such as the COP conferences. Governments have for some time already been shifting much of their rhetoric to large companies and industries in the context of current discussions on the importance of SDGs and CSR. These climate legislation negotiations confirmed that industries can assume the mantle of genuinely driving impact.

This not only presents an opportunity for businesses to take a leading role in CSR, it also becomes an opportunity to stay ahead of environmental regulations which in many countries are already considered outdated. Any company willing to address a standard that is low enough to be upheld in several countries – but high enough to make an impact – has struck gold in terms of marketing and trustworthiness.

With stalling negotiations in the international fora, businesses have never been more important in discussions on environmental regulations. Climate talks have largely been pitted as governments against corporations, but the COP25 conference showed quite the opposite: businesses can – potentially – set the tone and save international negotiations where governments drive them to failure. It is already widely known that part of some countries’ COP delegations are business representatives of large and /or important national industries.

What clearly emerged from this COP conference is that for many governments,  the “Time for action” is set for some time in the future. While this is disappointing for a Europe that has just announced its hallmark Green Deal, with its first ever climate law, it is an opportunity for businesses to set the tone before regulation claims all the credit. This COP showed that businesses are ready to take on leadership where others are struggling.