As the European Union is undergoing a digital shift, more must be done to ensure that women are included in the digital revolution. Is the EU doing enough to ensure an inclusive digital future? 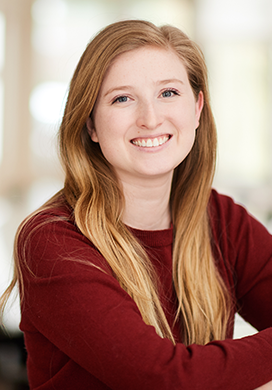 $12 trillion could be added to the global GDP by 2025 by advancing women’s equality, a 2015 McKinsey Global Institute report found. In the EU, a European Commission study has shown that increasing the amount of women in digital jobs could create an annual €16 billion GDP boost – yet women still represent under 19% of startup founders in Europe, and only 16% of information and communication technology (ICT) specialists and 17% of ICT students. Recognising this lack of parity, the EU launched multiple initiatives to help close the gender gap, including its digital skills agenda which seeks to ensure that women do not get left behind in the digital transformation. But with women still struggling to achieve recognition in the EU’s tech space, the issue could be broader than a simple policy fix.

To start off, let’s look at some telling numbers: for every 1000 women, only 24 graduate in ICT related fields; only 1 in 6 Board of Director members of ICT companies are women; and  across the EU less than 5% of the tech workforce is comprised of women. These numbers result from underlying issues girls and women face when working or aspiring to work in the tech sector, such as a societal pressures, gender stereotypes, and a clear lack of positive female representation in the science, technology, engineering and mathematics (STEM) sector. Woman are not represented in textbooks, and few female scientists and entrepreneurs appear on television or in movies. Studies find that girls lose interest in STEM subjects as they get older, which then leads to less women studying STEM subjects in higher education who go on to work in those sectors. Solving the issue of female representation in classrooms and media could help alleviate this decline.

Additionally, the Commission’s study notes that women tend to be more risk-adverse, which reduces their startup’s ability to scale up. And while women are less likely to use crowdfunding, when they do, they are generally more successful than men. Obviously the EU institutions will not be able to break down all the barriers girls and women face, but what has their part been in creating a more level playing field?

The EU’s role in closing the gap

The EU is working on multiple tracks to close the gender gap in the tech sector. On International Women’s Day in 2018, the Commission released a report detailing women’s participation in the digital sector in the EU and with it, Digital Commissioner Mariya Gabriel laid out her Women in Digital strategy.  The Commission also launched a declaration to encourage companies to adopt a hands-on approach to closing the gender gap, signed, among others, by Proximus, Google, Dell, ETNO, and Salesforce, as well as a Digital Skills and Jobs Coalition to address the lack of digital skills in Europe.

To increase tech gender balance in different societal groups, the Horizon 2020 funded Digital Opportunity traineeship programme offers students and recent graduates from all disciplines traineeships in digital jobs in another EU country, while the No Women No Panel Campaign (launched by Commissioner Gabriel and inspired by the Brussels Binder) aims to ensure equal representation on event panels. The European Network for Women in Digital was created (now EuroGender) to connect organisations that work to combat gender stereotypes. The Commission has also launched an annual scoreboard to monitor women’s participation in the digital economy in Member States using indicators such as access to jobs, internet use, and digital skills. In brief, the EU is trying to tackle the issue from all fronts: at national level, in different age groups, through education and in the workplace.

Will it be enough?

At a minimum, with its push towards developing its skills agenda the Commission demonstrates an understanding that in order to prepare for a more digital future, it needs to ensure that women are fully included. However, the effectiveness of EU efforts in trickling down to Member State level, where the real changes must take place, is by no means guaranteed. The Commission’s initiatives also lack specific avenues to increasing women and girl’s participation in the programmes (neither the Digital Opportunity programme nor the Digital Skills and Jobs Coalition offer such avenues). Simply having the schemes does not ensure that women and girls are able to take advantage of them.

Ending on a bright note

While there is still work to be done, there are some small but crucial wins worth celebrating. The number of women in the tech workforce has increased in EU Member States, standing today at 30.28% in Bulgaria, 26.3% in Romania, 24.9% in Lithuania, 24.87% in Latvia, and 20% in Denmark. These numbers may seem small, but they are much higher than some of the larger EU Member States, such as France, Germany, the UK and Spain, which are all below 20%. Eastern Europe has proven to be a star in women’s involvement in the tech sector. With developers in Bulgaria and Romania making two or three times their country’s average income and 26% of the highest positions in Romania being occupied by women, the rest of the EU could definitely look to their eastern neighbours for success stories.