Tax To Go gives a snapshot of the latest political and legislative developments on taxation policy at the EU level. In this week’s issue we feature (1) ECOFIN – ATAD2, FTT, CCTB, see you in 2017 (2) Beneficial ownership – public register debate, part II. 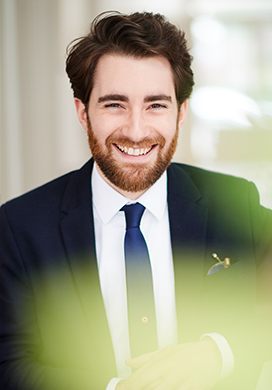 Most, if not all of the trendiest tax acronyms made it to the last Economic and Financial Affairs Council (ECOFIN) meeting of 2016, on 6 December. First, ATAD2. EU countries achieved broad consensus on the draft directive aimed to stop companies from exploiting hybrid mismatches between member states’ and non-EU countries’ tax systems (i.e. when countries treat the same income/entities differently for tax purposes). Two sticking points will have to be sorted out under the Maltese Council Presidency though. France, Austria, Greece and many more are opposed to the exemptions for some specific financial services activities as proposed by the UK; and disagreements remain on the 2019 implementation deadline, with a small group of countries pushing hard to postpone it, headed by the UK and the Netherlands.

FTT was there too (obviously). No negotiation took place between the 10 countries participating in the enhanced cooperation to create an EU financial transaction tax, but Austrian Finance Minister Schelling provided an update to all 27 member states. “There are still some considerable hurdles to clear,” he said, referring to the impact on the real economy and on pension funds, as well as the implementation costs. “I will do everything I can to get results,” said German Finance Minister Schäuble, although he then admitted that the enhanced cooperation is not fit for purpose with FTT. Lastly, Tax Commissioner Pierre Moscovici deplored the little progress made in the Council on technical aspects. This week’s ECOFIN greatly toned down the (over)-optimism expressed less than two months ago (see Tax To Go #8), and it seems unlikely now that a final agreement can be reached before mid-2017, at the earliest. Next stop: ECOFIN on 27 January 2017, when the 10 Ministers resume negotiations.

Then, the acronym of all acronyms, CCCTB. Nothing much to report though, besides the Council conclusions on the most recent Commission Communication on corporate taxation. The Council uses ‘conclusions’ to set up political commitments or positions; ‘conclusions’ are not legally binding and hardly include big news. The Council supported the Commission’s “view that work should focus as a priority on the elements of a common tax base” (CCTB) before working on consolidation (CCCTB). Also, whereas the Commission put on an equal footing the CCCTB’s functions in countering tax avoidance and in facilitating the business environment, the Council essentially acknowledges the latter only (point 7).

More acronyms made their way to ECOFIN. The Commission presented to Ministers a recent package of proposals on VAT on digital services. The Council also invited the Commission to make use of its EU Joint Transfer Pricing Forum (JTPF) expert group “to investigate the need to revise past EU guidelines on transfer pricing issues” in light of an OECD BEPS report on aligning transfer pricing outcomes with value creation.

One acronym has gone missing though, at least that’s what we thought until Pierre Moscovici spoke before the Parliament Panama Paper inquiry committee a day after ECOFIN. Quite a few Finance Ministers have started to lobby behind closed doors for the legal basis on public country-by-country (CbCR) to be changed, Moscovici revealed, so that the proposal can be adopted by unanimity in the Council, rather than under a co-decision procedure (see Tax To Go #11).