The coronavirus outbreak will inevitably have a massive impact on the EU pre-virus ambition: what will happen to the European Commission plans? What future for the highly debated Green Deal? 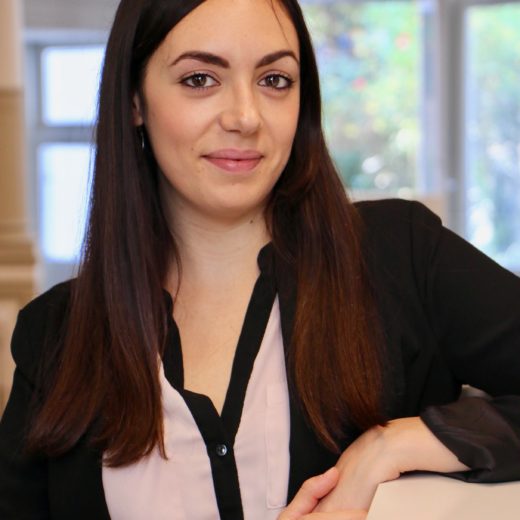 EU environmental dilemmas in the time of COVID-19

Only two weeks have passed since the publication of the Circular Economy Action Plan, yet the times where climate change, circular economy and sustainability were the hot(test) topics in Brussels already seem far. With the outbreak of the coronavirus, the European Union has pulled all resources and refocused all its efforts on health and economic measures to limit its impact – and with reason. The endless debates, leaked documents, priorities and pledges which monopolised our attention since December seem almost frozen in time and as we telework, gather dust in the corner of our office desks. And yet the EU institutions, just as the entire world, have also tried to preserve some sense of normalcy and adapted to the new reality where drastic measures are adopted in videoconferences and massive amounts of money moved over night. No time to discuss, no time to get lost in speculation and long debates.

Although nothing has been communicated officially, a de facto shift in priorities is already ongoing within the EU institutions, and certainly at national level. In December 2019 the European Commission announced the EU Green Deal as the crown jewel of the von der Leyen green team, determined to lead the way towards decarbonisation, reforming almost all sectors and fighting climate change. But things sometimes do not go as planned. EU environmental goals have taken a back seat as health has risen to the top of the EU agenda alongside economic and financial issues, with urgent talks on state aid and social measures to protect jobs. These discussions will likely continue long after the coronavirus has stopped its spread. This means the Commission will have to juggle between supporting a struggling economy and keeping up its ambition on environmental protection – despite severe drops in pollution, climate change has not simply gone away.

Timing has always been one of this Commission’s weaknesses, with an ambitious agenda, a very tight timeline and many political and procedural steps in between. At the start of her mandate, the newly-elected President Ursula von der Leyen pledged to present policy proposals in the identified priority areas within the first 100 days. On 9 March, as the deadline expired, many initiatives in the environmental field had actually – or almost – been delivered, such as the first ever EU Climate Law, the Circular Economy Action Plan and the EU Industrial Strategy. But with the virus consuming everybody’s attention, momentum has clearly dwindled. Last week, the Commission announced that the long-awaited Farm-to-Fork Strategy and Biodiversity Strategy have both been postponed until the end of April, while the Chemicals Strategy for Sustainability might be postponed to October, well beyond the first 100 days. European Parliament activities in March have also been reduced to the bare minimum, with cancelled committee meetings and mini-plenary sessions held in Brussels until September, only addressing the most urgent issues. In March, the planned plenary debate on the EU’s new Climate Law was written off. Other important meetings have also been postponed, such as the Environmental Council, the CARACAL group gathering chemical experts as well as ECHA’s committee meetings, and many others and – although delays are more than justified, the clock is still ticking.

When the outbreak of Covid-19 in Europe made it clear that the EU economy would be in urgent need of liquidity, the European Commission – followed by the European Central Bank and other institutions – set out stimulus measures to help the EU economy absorb the shock. Billions of euro have been mobilised with exceptional rapidity, unused structural funds have been redirected to EU countries and key EU economic constraints have been loosened. But current discussions show that this was just an initial response. The EU will now have to review the proposal for the next seven-year EU budget, which will be ‘at the heart of the EU efforts to help countries most affected by the crisis’, as announced by Ursula von der Leyen. This adjustment follows already difficult negotiations, tense political debate and several deadlocks over the Commission’s initial proposal, which included taxes against polluters, incentives for clean industries, promotion of renewable energy sources and regional funds to help in the green transition. Divisions are likely to remain among EU institutions and Member States, with some countries – especially in Central Europe – already questioning the Commission’s expensive emission-cutting strategy. These requests are echoed by calls from some political groups in the European Parliament to radically restructure the Green Deal ambition and reallocate climate funds to addressing the corona pandemic. On the contrary, the Council has called on the Commission to prepare measures to get “back to normal, integrating the green transition and digital transformation”, and similarly a group of Members of the European Parliament argued that the coronavirus disruption “should not be used as a reason to delay the European Green Deal”.

While it is not easy to say how the EU wallet will look next year, there is little doubt that national governments will approach the future budgetary negotiations with a new set of challenges and priorities, i.e. investing in the future of their economies and restoring health systems, labour markets and societies in a post-corona world. EU environmental policy will look different as it will likely face a longer timeline, less money and different political priorities. But the climate challenge remains the same – and so does its urgency. The EU will have important decisions to make on what colour it wants to ‘wear’, and how much it is prepared to invest in this as a priority.