The EU’s Austrian Presidency from July to December is the last opportunity, before 2020, for legislative work to proceed at full pace in Brussels. Things will slow down next year with the renewal of the European Parliament and Commission. Now is therefore a good moment to take stock of where we stand on one of the current EU term’s top priorities: the Digital Single Market Strategy. 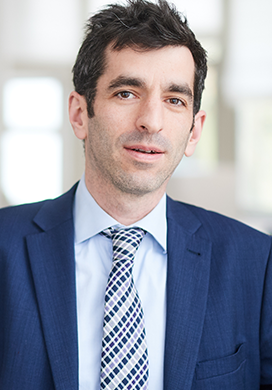 Digital is about money (from competitiveness to taxes through investment), people (as consumers, workers and citizens) and values (from data protection / privacy to ethics through freedom of expression). Digital issues were such a priority of the Estonian and Bulgarian Presidencies that it’s logical for Austria to keep them high on the agenda, though below migration.

Under Sofia’s leadership, agreements on six key policies of the DSM Strategy were reached. Understandably considering the Presidency and the nationality of EU Digital Commissioner Mariya Gabriel, much focus was on helping the Western Balkans digitize. The Bulgarian Presidency also witnessed the entry into force of the General Data Protection Regulation (GDPR). The way this overhaul of the privacy landscape works in practice very much depend on case law and decisions by data protection authorities.

At the European Parliament’s plenary session in early July, European Commission President Jean-Claude Juncker praised the results delivered by the Bulgarian Presidency in the digital sector. Business-wise, there is nothing worse than legislative uncertainty, so it’s encouraging to see progress and achievements despite a European legislative machinery not really fit for the pace of the digital world.

So what does the Austrian Presidency have in store for us? Vienna aims at “securing prosperity and competitiveness through digitalization” and “consistently avoiding overregulation”.

Looking at its programme and the state of completion of the DSM initiatives, Austria’s top priorities on the legislative front should be copyright, the Satellite and Cable Directive, platform-to-business, cybersecurity and e-privacy. Still, some are contentious and reaching agreements is not a sure thing: cybersecurity very much remains a national competence, copyright and platforms face many diverging economic interests and societal views, as does e-privacy, especially in a GDPR context.

Agreements should also be sought, first between Member States and then with the European Parliament, on the online sales and distance sales directive, on .eu, on public sector information and on the Multiannual Financial Framework’s related proposals (in particular the Connecting Europe Facility and Digital Europe). On non-legislative aspects, the focus should be on digital skills, e-Government, 5G and the extension of broadband and mobile network coverage, artificial intelligence, and digitalization in the workplace.

Last but not least, Austria will push for a digital tax on technology companies’ revenues, with the aim of  advancing the negotiations as well as outlining potential solutions based on develop­ments at G-20, OECD and EU levels. This is a tough challenge considering that taxation issues require unanimity in the Council and that not all Member States are on the same page. The backdrop of a possible trade war with the US surely does not help.

All in all, that’s plenty of work to keep the Austrian Presidency busy. In fact, it has so much on the negotiation table that it won’t be able to get everything done within six months.

It’s worth noting that this Presidency’s motto is “A Europe that protects”. In the digital world, Europe needs change more than conservatism. Our prosperity and competitiveness are at stake. Asia and the US have already overtaken Europe in making of digital a strong economic asset. It’s up to Vienna to help Europe move forward.